April 16 and we are in the middle of a blizzard!  This time we have a lot of wind.  I'm not sure how much snow, as it is piled up in corners of the yard, the sagebrush and multiple drifts.  It's supposed to snow through noon tomorrow!  Actually, even though it's late in the year, we really need snow or rain. It has been remarkably dry.
(Check out the wildlife page for my bird pics.  The dog and I went out and put food in the feeder in spite of the blizzard--they looked sooo cold.) 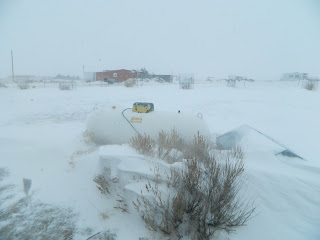 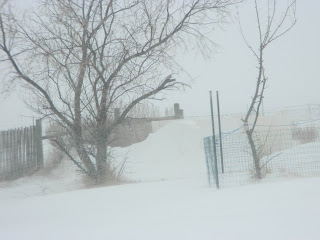 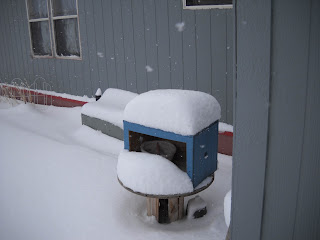 April 10, which had mostly melted by the snow of the 16th 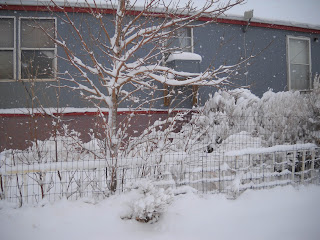 I liked the snow on the trees and sagebrush.

This has probably been hard on my daffodils,   which had just started blooming when the snow hit.  I will find out when things warm  up.  It has been very cold at night, so they may have frozen. 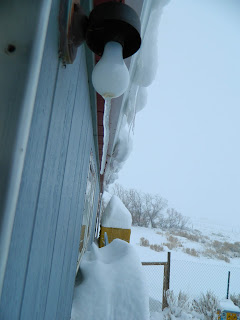 This was a unique icicle!  Needless to say, it fell off the first time we turned on the light, but it was interesting for a while! 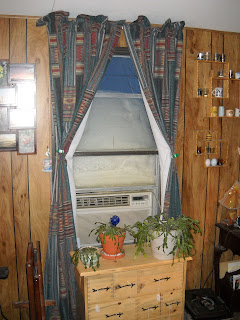 The window photo was taken at night and shows how much snow piled up.  When it warmed up, the snow on the roof melted and dropped down on the snow, knocking it off. 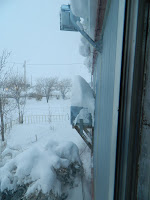 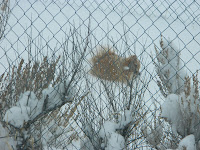 The two small photos show more snow built up.  My dog is maybe eight inches tall at her tummy, so the snow was deep to her.